Industry veteran Pascal Clarysse has been officially appointed CMO at large, having been advising the company on marketing and strategy for over a year and a half. To accomplish his assignment, he will rely on a team of experts in their respective fields, and with whom he has established dynamics. They offer a combined experience of over 70 years in marketing, business development and gaming.

Chloé Agostini, formerly with Disneyland Paris and Betclic, has been appointed Social Media Manager. Kristan Rivers, who has had deep experience with roles at Apple and Paramount, represents the company for Business Development. Eminent professionals Jan Semler and Jean-Philippe Maras have respectively been appointed Lead Marketing Artist and Video Director. Janos Perei from mercury black is in charge of media buying and data-driven user acquisition. The hands-on German consultant Sebastian Knopp, of Xyologic and flaregames fame, rounds up the team.

"I am proud and humbled to play side by side with this team of professionals who are all recognized experts and leaders in their respective fields. They make leadership and strategy execution feel effortless," Pascal Clarysse states, "We are all truly blessed to be working on such a high quality production. Gear.Club will amaze racing fans worldwide," he adds.

David Nadal, Eden Games CEO & Founder, echoes the sentiment: "We have assembled a fantastic team and developed a game that makes me extremely proud. After two and a half years of preparation we are ready to race for the first time as an independent team, and I am very excited about this!"

Gear.Club is a realistic driving experience, with fully simulated engines, powertrains, suspensions and aerodynamics. Players will get to explore breathtaking settings and compete live with their online friends and foes through unlimited races and championships.

Gear.Club is more than just racing - it is an authentic world of cars. Players can collect, upgrade and customize some of the most gorgeous exotic vehicles in their performance shop and enjoy details such as engine and interiors in full HD.

Gear.Club has been in development at Eden Games sunny Lyon studio for the last two and a half years. Gear.Club debuted on Apple TV 4th Generation as a launch-window title. 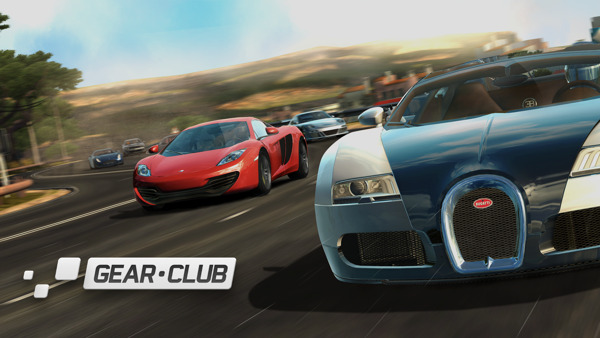