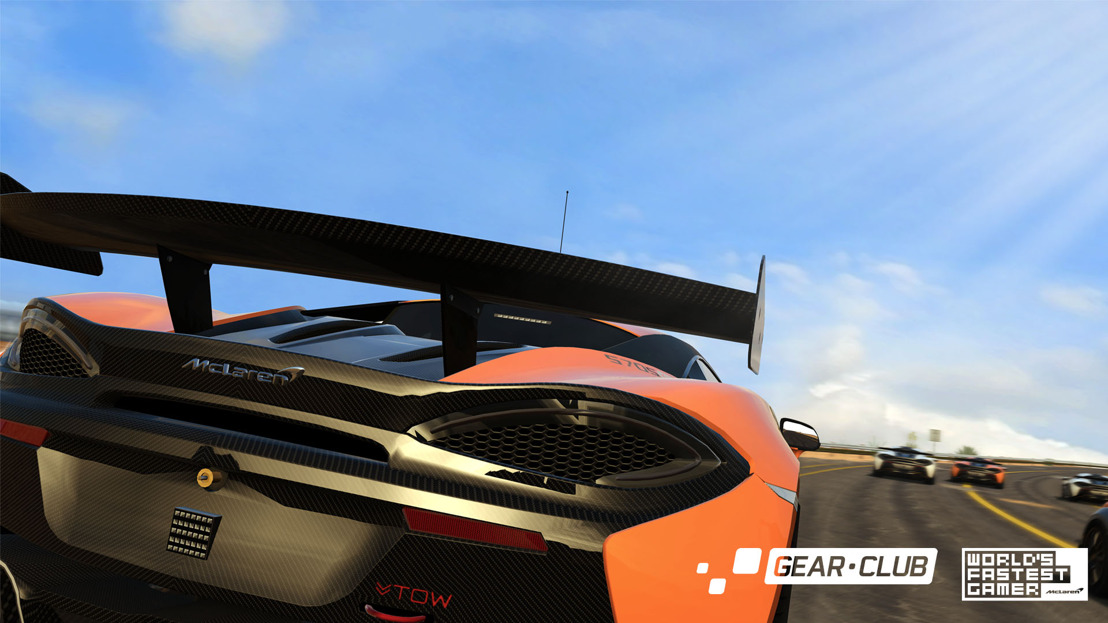 World’s Fastest Gamer brings together the best of the best from the world of racing games, with the eventual winner getting the chance to become a Formula 1 test driver for the McLaren Formula 1 team.

While the other gaming platforms attracted dedicated hard-core gamers on the various platforms, Gear.Club had more than 600,000 downloads during the World’s Fastest Gamer qualifying period, with entrants clocking more than 842,222 miles of competition to find the fastest competitor.

Danish doctor Henrik Christian Drue came out as the winner at the end of the competition, not only beating his rivals but smashing the competition with a winning margin of more than five seconds!

“I'm not a gamer in the traditional sense. I don't own a PlayStation or Xbox” Drue said.

“Since childhood, I’ve had access to a computer, and have enjoyed various gaming titles. Initially, I played some different flight simulators but luckily I switched to sim racing. Best decision ever!

“Currently, I'm specializing in the field of radiology. So, finding the time to actually play those games can be difficult. The moves, the adjustments you take, they have consequences. You need to be focused all the time.

“I downloaded Gear Club about five days before qualifications started. Finding time to play was very challenging for me but around 8:00 in the evening I could play for maybe two or three hours. Then it all came together.”

Drue will take part in the “world’s toughest job interview” along with 10 other finalists for the opportunity to join the McLaren team.

“We are thrilled to unearth a talent like Henrik. A lot of the other finalists in the World’s Fastest Gamer are practicing day and night on their respective platforms, but our winner spends his days saving lives,” Eden Games CEO David Nadal said.

“Mobile gaming is exploding globally. Gear.Club is a newcomer to the space but to have 600,000 downloads from this one promotion over only three weeks shows the opportunity we have.

"Around half of those that downloaded the game were so called Millennials, showing that we are reaching a hard to reach demographic for the motor industry.

“I hope Henrik will be the first of many Gear.Club gamers on the mobile platform to transfer their talents across to traditional motorsport. Motorsport is so difficult and expensive to break into but with more than six billion smartphones and tablets now across the globe, we’re helping to make motorsport more accessible.”

The World’s Fastest Gamer finals will be held at the McLaren Technology Centre in November 2017.